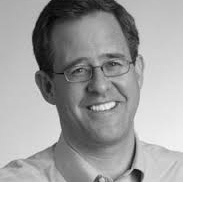 Tom has been a leader in local neighborhood-based journalism and the New York City publishing industry for the past 25 years. He is currently the CEO and co-owner of City and State NY, the most influential political media company in New York State.

Tom began his career in the New York City public school system, teaching journalism and English at his alma mater, Stuyvesant High School. He went on to become an editor at the award-winning West Side Spirit and moved to the publishing side when he became Publisher of Manhattan’s two largest community weeklies, Our Town and West Side Spirit.

Before privatizing Manhattan Media in August 2001, Tom was the executive vice president of News Communications, Inc., a public media company that owned 23 newspapers in New York City’s boroughs, Long Island and Washington, D.C. He was involved with the start-up of the successful Capitol Hill daily, The Hill, and helped supervise News Communications’ expansion throughout NYC’s neighborhoods in Queens, the Bronx and Brooklyn.

A 1980 Stuyvesant graduate, Tom received his BA in History from Cornell University in 1984 and his MS in Journalism from the Columbia Graduate School of Journalism in 1985. He now lives on the Upper West Side with his three teenage children.

Back to Board of Advisors